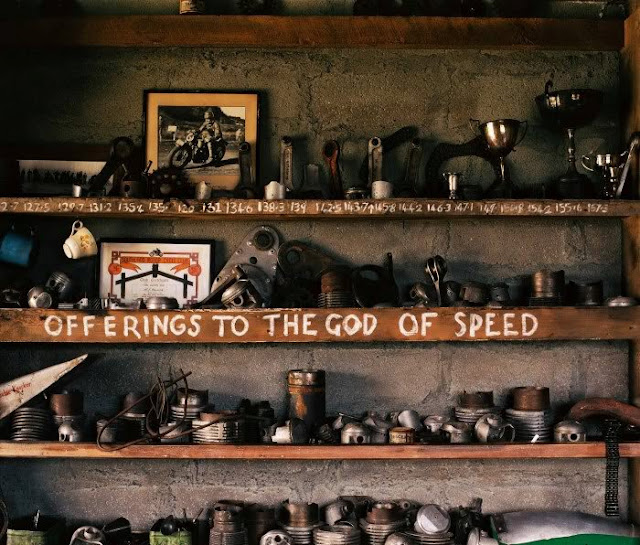 "This engine design was of my own creation. I'd been spending countless nights going over the numbers - stroke, rod length, compression height - until I settled on this configuration. I was told I was the first to try this, but given all the builders out there I can't believe someone didn't beat me to it. Anyway, it has the 45" Scout flywheels & rods, and HD 45 stroker pistons from T&O. The pistons are ok, but just ok. I would have liked to see a little more effort in the machining end such as a true cam ground skirt. I assembled the bottom end, installed the old 741 pistons and barrels, and measured how far they protruded above the deck. Then I compared the difference in compression heights and calculated what the rod length actually needed to be with the stroker pistons. I had Rocky relieve a little from the inside of the piston pin boss, hone out the small end to accept a thicker bushing and then offset bore the bushings to get the deck height perfect with no shimming at all. One rod was offset .029" and the other was .039". The difference reflects inaccuracies in the machining of the case. All this was intended so I didn't end up with an engine that required changes in the frame. The 741 frame is quite small so a taller engine would require a lot more work. I'm using the original cams & lifters, carburetor too. I did put in larger intake valves. I found the intakes from a Ford 200 six worked fine after turning down the head diameter and then machining the valve head thinner for a normal margin. This also lightened it. I had to relieve a bit out of the cylinder head to make room for the valve. The key groove is about 1/16" farther down the stem so all I needed was a 1/16" thick shim under the spring. The only other thing that is home grown is my exhaust system. I made the headers almost 40 years ago out of 1 1/2" pipe and fabbed up the muffler last spring. There's a few other odds & ends that I had made over the years. A sidestand, my brake pedal which was out of a Datsun 240Z originally. The front fender is a mystery. I have no idea what it came from but think it could be from a Jr. Scout. If anybody could identify it I'd like to know. It's definitely NOT 741. I have one of those in the loft.
I live in the mountains of Vermont and was always having to shift down to climb these steep grades with the original engine. That's a thing of the past now. I can zip up a 14% grade at 60+ mph and that's after stepping up the drive sprocket 4 teeth! My buddy from New Jersey came up on his Yamaha and after about 15 miles stated that I was a little hard to keep up with. Didn't hurt my feelings one bit!

- Posted using BlogPress from my iPhone 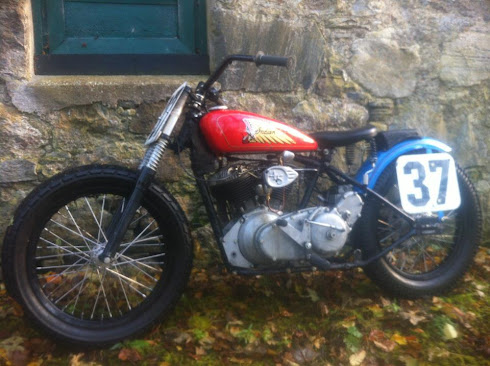 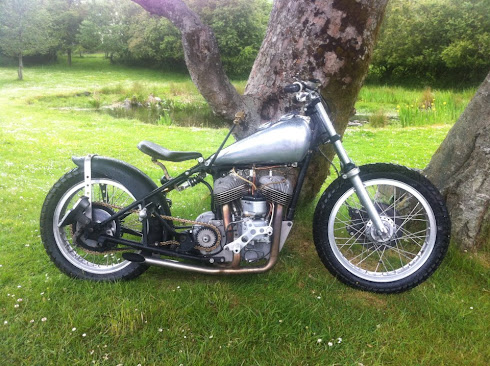 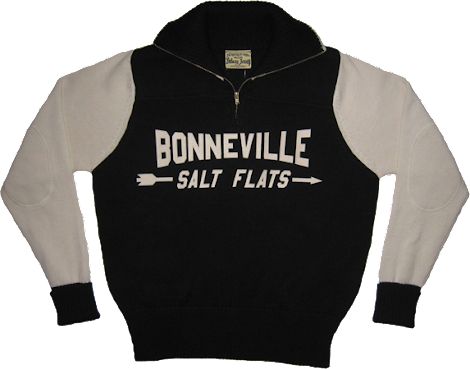 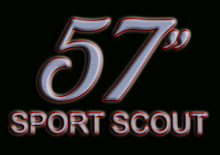 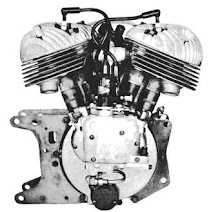 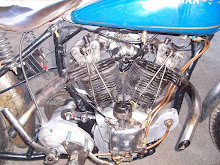 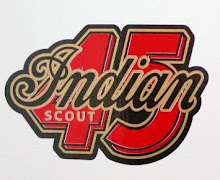